This past year, when it came to growing my blog traffic, I had three small epiphanies.

First, my tactics helped one of my clients double their inbound traffic.

This got me thinking about the techniques we were using, and how they might apply to my own blog, which I had barely been active on over the past few years.

Second, I started seeing my own blog’s traffic surge.

Why? Well, after a summer where I wrote no new blog posts at all, I finally went back to basics… with a twist. I’ll explain more about how this worked in a moment.

But my third little epiphany came when I started to write this post.

That’s when I realized just how far this blog’s traffic has fallen from its heyday of 2009-2010, all because I had foolishly stopped using my own techniques that I had already proven to myself.

So, with that in mind, here are…

1. Nothing Beats a Regular Publishing Schedule

When I began working with CourseArc, they had just started publishing blog content and email newsletters on a regular basis. With my help, they followed a steady schedule of posting one new blog every week, and a new email newsletter every other week.

As you can see from the chart above, their traffic never dropped below the point from where I started. In fact, it rose reliably every month (aside from that December spike, which was due to some PR-worthy year-end business.)

LESSON: If you want recurring traffic, start by training yourself to publish on a regular basis.

Now, here’s where things get interesting.

In June of 2017, we stopped regularly publishing new content or newsletters.

Most of what CourseArc blogged about are topics that don’t go out of style, like online education, course design, pedagogy, and helping struggling students learn better. In other words, most of their content is:

But, as my own blog proves, there’s certainly something to be said for being topical. 3. The Zeitgeist Is a Magnet

As you can see, I really didn’t blog much at all for the past two years… and then, starting in September, I did.

Obviously, that had an immediate impact on my traffic.

The spark that got me back to writing again was simple: I watched an episode of Game of Thrones that aggravated me so much, I just had to rant.

What happened next surprised me.

See, in the entire year before I wrote that post, my blog was mostly dormant. I’d get maybe 10-20 visitors a day, mostly brought here by old links to posts that I’d taken down years ago.

But when I shared that Game of Thrones post on Facebook, it struck a note with my network. Friends started commenting on it… and sharing it… and new people came through the door.

Suddenly, for a blog that had spent years without a post attracting 100 views in a month, that GoT post got over 120 views in a few days.

First, my daily traffic started spiking because I’d found other storytelling topics that were resonating with a new audience — in this case, pop culture fans.

For example, my posts on the pacing problem in Blade Runner 2049 or the reason Justice League‘s marketing failed are just two of the articles I recently wrote that each attracted more traffic in one month than any of my posts earned in all 12 months of 2016.

(Seriously, my top post in 2016 only got 360 views all year. This year, five posts have topped that number just since September, and four of them did it in just one month.)

My organic search traffic in 2017

Case in point: right now, my most-read post of the year is about the new Pixar movie Coco, which has attracted more readers in its second month of publication than its first.

(Irony alert: I wasn’t even going to see Coco because the trailer didn’t pique my curiosity. LESSON: Don’t judge a film by its trailer — which is also a lesson I keep re-learning every year, when I stumble over a gem I would have otherwise missed.)

Okay, so all this traffic from new posts is great, but what about my long tail content? Four of my top 10 posts this year are at least a year old.

How are people finding them? Three ways:

Sometimes, new readers find them and share them anew.

Sometimes, they get backlinked from high-traffic websites (AKA built-in evergreen referrals)

And sometimes I use new posts to bump old ones through relevant referrals.

I wrote a post about why every Marvel movie basically tells the same story. It earned a decent early readership, but not as much as I would have expected. (Looking back, I realized I should have written a stronger hook.)

But I felt like the post deserved more attention, so I spotlighted it at the top of that Coco post, and voila: now a whole new inbound audience gets exposed to it every day.

I’ve repeated this technique throughout most of my posts and the results are notable. Case in point: nearly 50% of that Marvel post’s traffic comes from visitors who are already on another page. Thus, by drawing new attention to my old related posts, my readership increases and my bounce rates drop.

But as good as same-site traffic is, I still live and breathe by referrals. Which means…

6. Write for the Influencers in Your Audience

Over the past few months, I’ve stuck to a regular publishing schedule — first once a week, then twice a week. (As you can imagine, I had to get my writing process back in shape after years of letting it atrophy.)

And yes, writing new content on a regular basis has clearly helped boost my traffic.

But when it comes to the posts that really stand out, what I’ve noticed — or, really, what I’ve remembered — is that each new blog’s success or failure hinges on three factors:

Obviously, the more people share something, the more readers it has a chance to attract.

However, I’m not a well-known cultural critic. Most of my followers still remember me from my days when I mostly wrote about social media marketing, and that’s how many of them still think of me. So my pivot to writing about storytelling and pop culture over the past year means that I have to re-attract a whole new audience, essentially from scratch.

To accomplish this, the key is to write headlines that hook people’s attention and to deliver payoffs that they’re inspired enough to share.

But when it comes to social sharing, there’s a very crucial element: time.

If a new post doesn’t earn much engagement immediately after it’s shared, it dies.

That’s because Facebook, Twitter, and LinkedIn will see the absence of clicks, likes, and comments as a referendum on the value of the content. If it doesn’t get clicks, that update goes to Facebook jail.

Worse, if a link to my own blog doesn’t get much attention when I share it on Facebook, the Facebook algorithm now sees my site as a low-quality domain. That means anything else I share from here in the future will automatically get seen by fewer people… and fewer… and fewer.

Thus, one of media’s perpetual growth puzzles is how to write content that gets people’s attention and drives them to take action soon after it’s published. The answer is to write for your readers who are most likely to see, click, interact with, and share your updates as soon as they’re posted.

Of course, this depends on who your most loyal and active readers are.

(And, to be real clear: anyone can be influential in helping your post succeed. They just need to share it.)

And that leads me to my final remembered lesson…

In writing this post, I was reminded of something that stunned me:

I used to get a lot of traffic for a solo blogger who was just doing it for fun.

Granted, back then, I also used to do something crazy:

I used to blog daily. (Then I didn’t, and my traffic adjusted.)

But I also changed what I wrote about.

Back in 2009-2010, I mostly blogged about social media, online marketing, and the Internet in general. And because I was prolific and well-connected at the time, my posts would frequently get mentioned, shared, and retweeted by some of the biggest names in digital marketing, like Chris Brogan and Amber Naslund.

All of this added up to traffic that used to dwarf my current blog’s numbers.

Here’s my 2009 blog traffic, when I didn’t even start blogging until September: First, I went from blogging daily to blogging weekly (or less), and then I eventually stopped blogging almost entirely while I was making my second web series, The Baristas.

Since then, my blog was basically in the wilderness. Nowhere near as impressive, right?

Especially considering I started my 2009 blog right around the same time that I restarted this one, and my 2009 numbers are nearly double that same range of traffic in 2017.

Well, hey: we all have to restart somewhere.

Also, I used to blog daily, which gave readers 5x as many chances to find me.

Plus, I blogged about a more consistent and niche topic than I do today.

But it’s also partly because back in 2010 blogs were still on the upswing, and using social media didn’t yet feel like we were subjecting ourselves to an endless tweetstream of daily misery.

Today, things are… a little different.

We’re all a little different.

I haven’t actively invested myself in this blog for years, because I was busy with art and business and a day job and client work and life in general.

But I’m still here, recharged for a new year.

My focus has changed. My habits have changed. But some principles, techniques, and lessons have stayed the same. And I can’t wait to reapply them in 2018 and see where it takes us.

Yeah, us. That’s me and you. Because a writer without a reader is only one half of a story.

Let’s make 2018 a year where our blog traffic isn’t the only part of life that gets better.

then you may enjoy my new course, Better Storytelling for Business, where I teach the craft of writing brand stories that hook, hold, and reward your reader’s attention. 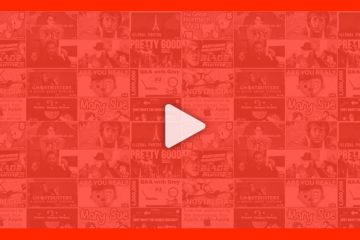