Last week, I mentioned the daily formula that helps me feel like I’m getting “enough” done, so I can turn that momentum into actual productivity. But is there a “right” order of work to follow to help get things done most efficiently?

I think the answer depends entirely on your own personality, your willpower, and your circumstances — and those things change every day depending on a number of variables. Many of those influences are out of your control, and what works for you today may need to be tweaked tomorrow.

That said, if you want to know how I decide what to work on, when, and instead of what else, here’s how I do it. Maybe some of my categorizations and value judgments will help you configure your own “if -> then” strategies for getting “enough” done.

But first, let’s look at…

How Other People Suggest You Schedule Your Day

If you go back a decade, David Allen’s Getting Things Done (GTD) concept advises that you put things into categories based on how time-sensitive and important they are. It works because it removes most conscious thought from the process of deciding “what next” and allows you to focus on the smaller and more vital category of “what now?” It’s most useful if you have a team to delegate things to, because otherwise what you’re really doing is rearranging your own grocery list: sooner or later, you still have to do it all yourself. Going back further, Stephen Covey’s 7 Habits of Highly Successful People pitches a morality and values-based framework for management. His 3rd Habit stresses prioritizing the important over the urgent, and planning out your week but acting day-to-day. It’s almost identical to GTD in form, but it ascribes intentions and values to some actions (like the “deceptive” practice of allowing yourself to be interrupted by emails) that may work better for you if you prefer a patriarchal reward system. More recently, Tim Urban suggested viewing each day as a box of time blocks, and paying conscious attention to how much time (or how many blocks) you’re allocating to each task. This visualization may help you see which tasks require more time (so you don’t short-change them), and where you’re wasting too much time (so you can earn it back). It will also help you get a visual sense of your most time-consuming tasks, so you can strategize how to complete them based on how stressed out you get by seeing large chunks of your day or week getting consumed by pressing tasks. And then there’s James Clear‘s advice that you should do the most difficult task first, since you’ll presumably feel a positive rush after completing it that will augment your momentum as you power through the “easier” tasks.

Any of these approaches could work for you, but none of them have worked for me on a consistent enough basis that I’ve chosen to stick with them as my own default strategy.

Instead, here’s how I makes sense of each day, based on an order of operations.

(Fastest > Most Pressing > Highest-Paying OR Most Rewarding) / Time of Day = Momentum?

Those first four factors are a rotating carousel of concerns, and which factor tops the others depends on my mindset and my bank account.

All things being equal, I’ll always do the fastest tasks first, just to get them out of the way. Note that these aren’t necessarily the easiest, but they are the ones I think I can accomplish in 30 minutes or less. Even if other tasks are more important, I’ll still try to build some proactive momentum into my day by knocking out the “autopilot” stuff. Just seeing a few checked-off items on my to-do list, even if they’re minor, helps me feel like my day is building toward a big payoff.

After that, my next most important question is “who needs what when?” This goes for overall project deadlines, but also revisions.

For example, I’m currently working on a large writing project for an online education course, and each module has multiple exercises, each of which I have to write. The project has its own overall deadline, but each exercise also needs to be reviewed and revised along the way. If I batch a big chunk of writing together and then submit it all at once for review, that may be good for me because it means I’ll get a nice breather while it’s in review, but it forces the rest of the team to review everything in a blur, which may not be ideal. It also means that by the time I get any notes back, I’ll be juggling multiple revisions to multiple old scripts while simultaneously writing the next batch. Also not ideal.

In this case, it’s in everyone’s best interests for me to write an exercise a day (give or take) and submit it as I go, so we maintain a steady rhythm of write / review / revise / complete, rather than relying on a pendulum of binge-break-binge-break.

In other cases, I have clients who occasionally need something written or produced with a fast turnaround time. In order to jump on those deadline grenades, I need to build breather room into each day, which means I must keep all long-term projects chugging forward one component at a time. That way, if I have to stop working on Project A for a day because Client B suddenly needs all of my time, Project A can afford a one-day break. But if I’m lax, and I take too much time off from Project A because I think I’ll have “all the time I need” to wrap it up in one or two big chunks of work… and then Client B needs that emergency turnaround time… Project A (and I) will be in trouble.

In general, I find it’s best to kick the ball forward for each project / client every day. As long as at least one task gets crossed off per day, that gradual accomplishment creates the wiggle room I need to press pause in case of emergency (or illness). It also inevitably creates momentum, because if Project A will take me 10 workdays to complete but Project B will only take me 7, that means I’ll have an extra open slot in 3 of those days that I can either use to get Project A done faster OR leave open for emergency work OR use to get ahead on business development or other projects. Even with all these distinctions, sometimes multiple tasks will still seem equally attractive or equally demanding of my time. In those cases, my decision comes down to two factors:

What task will cause me MORE stress if I DON’T do it now?

What task will make me feel BETTER for getting it done now?

These often overlap but are not exactly the same. For example, if I’m particularly stressed out by Task A, then obviously getting it done now will make me feel better… but if Task B is actually more fun, or if its payoff will be more enjoyable, then I have to decide: will I be able to sufficiently enjoy completing Task B while knowing that Task A is still looming overhead? If I will, I may do Task B first as a pre-game power-up before I dive into Task A. If not, I’ll save Task B for later — when I’ll actually be able to enjoy it or coast through it — and I’ll roll up my sleeves to finish Task A first and de-cloud my day.

And yes, if I’m broke, I’ll do the task that’ll pay me the most the fastest. (But that’s just basic survival, not a productivity strategy designed to make survival a given.)

Thanks to cartoonist Hugh MacLeod (above) for framing this eternal battle as The Sex & Cash Theory.

But Wait… What Time Is It?

As logical as most of this may seem, it’s all subject to one variable: my emotions. And like most humans, my emotions can peak and fall based on the time of day, the weather, my blood sugar levels, the intangibles of my social life, whether or not there’s a national drama unfolding on Twitter, and a hundred other unplanned influences.

Generally speaking, I find mornings and late afternoons to be my best times for getting “logical work” like communications, editing, business development, scheduling, budgeting, and other more objective tasks done, while early afternoon and evening are my better times for “creative work” like blogging, scriptwriting, developing marketing plans for clients, and other more subjective tasks that frequently involve rearranging ideas in my head or on paper until they coalesce into something I can use.

Given that, I’ll check my deadlines against my mood and ask myself, “Is this really the best time for me to try tackling Task X?” The truth is, completing a task is always going to boost my mood, but if my focus is going to be shaky or if there’s something else I’ll find more rewarding first, I’ve learned by now that its better to adapt to my moods than to insist on following a rigid workflow regardless of external circumstances.

Obviously, when push comes to shove and deadlines are approaching, it’s necessary to push through some of those mood moments and just Get The Damn Thing Done. But when there’s ample lead time, having the luxury of arranging my work around my natural daily rhythm is immensely effective.

As well as this system works — to the point that most of it is just subconscious by now — it also presumes that one thing about all of the work I’m doing is true. If that one particular factor isn’t true, then my whole system gets subverted, which is why I try to avoid doing this other kind of work whenever I can. But it’s impossible to avoid that other kind of work forever, and learning how to deal with it is key to actually growing and improving in my career and my life, so it’s kind of a catch-22: the thing I want to do the least is actually the thing I most need to do.

But what that kind of work is, and how I deal with it, is a topic for next week’s blog post.

In the meantime, if you have your own formula for getting things done and building your workday momentum, let me know what works for you. And if you decide to try my version, let me know how it goes. Good luck!

Are You Making This Critical Mistake When It Comes to Taking Risks? 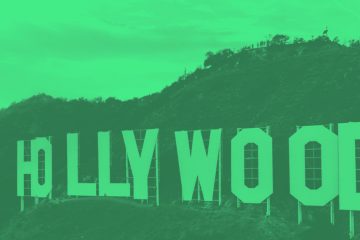 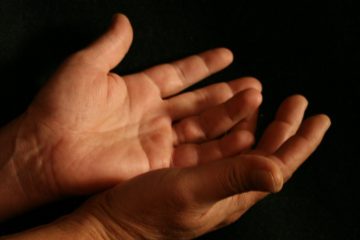 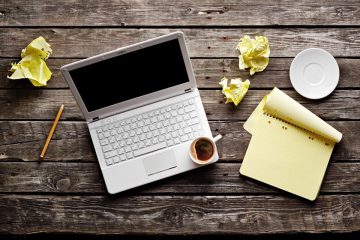